1. Graham Hancock – The War on Consciousness

Hancock’s TED Talk, “The War on Consciousness”, was deliberately removed from YouTube: “Graham Hancock’s talk, again, shares a compelling and unorthodox worldview, but one that strays well beyond the realm of reasonable science. While attempting to critique the scientific worldview, he misrepresents what scientists actually think…” Chris Anderson, [TED]. After some debate, this presentation was not fully re-posted to TED’s site, but rather subjugated to a new, unseen basement corner on TED’s site, limiting its future visibility.

Graham Hankcock is the author of major international bestsellers, his books have sold more than five million copies worldwide and have been translated into 27 languages. His works present the nature of consciousness, Ayahuasca, and altered states of consciousness and offer an essential examination of our culture.

2. Rupert Sheldrake – The Science of Delusion

TED also removed the recent talk by author and bio-chemist Rupert Sheldrake. In the bold debate about the nature of human consciousness, Rupert Sheldrake stands out for questioning the standing dogmas of modern science and for bringing us his fascinating theory of Morphic Resonance regarding the collective memory and the habits of nature. 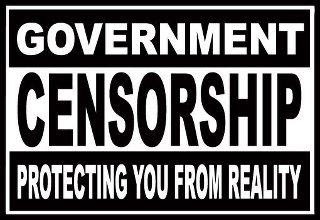 Entrepreneur Rick Hanauer’s presentation is surrounded by controversy because after it was recorded, it was passed over for publication by TED. Stating that allegations of censorship are false, and that TED merely favored better presentations over Hanauer’s when deciding what to publish to their hugely popular website, TED publicly released the talk after suspicions were raised.
– See more at: http://www.whydontyoutrythis.com/2013/03/3-censored-ted-talks-the-establishment-does-not-want-you-to-see.html#sthash.7o2fuNZH.dpuf